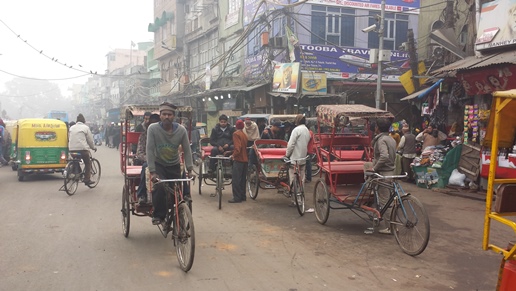 We in Goatsbridge  are blessed to have the opportunity to experience the world through food .

In January this year we went to India with a group of like-minded food producers to experience all that India has to offer . These are my thoughts day three.

A comfortable journey on the brand new Expressway by taxi brought us to a moment I remember very little of 25 years ago. I travelled around the world and was heading back to Ireland to see my family and my now husband of 24 years. This time it was different and I shared that first glimpse of The Taj Mahal with my husband Ger and The Bord Bia inspiration team. Unfortunately the winter weather conditions brought with it fog which never really dissipated throughout the day but did not dampen our spirits. 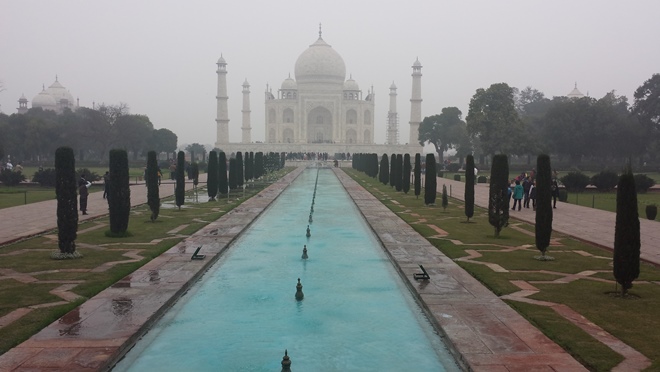 Nestled in the heart of Agra it is in contrast to a city that is surprisingly as poor as Delhi itself. It felt like an assault on all senses. A city devoid of industry as the government is making every attempt to protect its prized monument which is one of the 7 wonders of the world. This temple built by Mughal emperor Shah Jahan in 1632 in memory of his third wife, Mumtaz Mahal and was completed in 1653 at the cost of 220 million rupees! It is a white Marble mausoleum and is 171 metres (561 ft.) high.

George Eliot once said the world is full of hopeful analogies and handsome, dubious eggs, called possibilities and remember the only limits to the possibilities in your life tomorrow are the buts you use today. 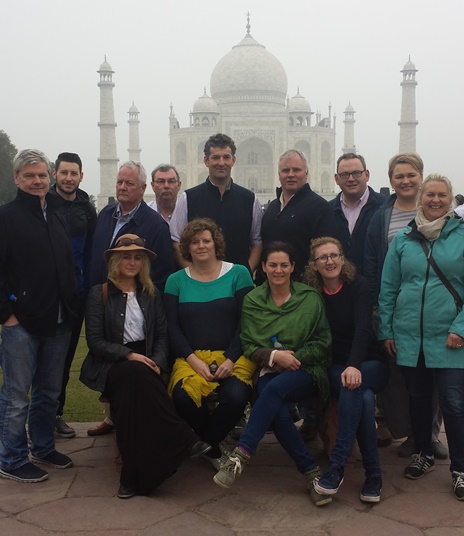 Indian cuisine is historically global so we head to Dasaprakash in downtown Agra for lunch to sample some South Indian food. As we make our way through the narrow streets lined with dirt and squalor we notice  a community where everyone seems to have a role. A man may have a job holding a rope tied to a lawn mower being pulled by another man, his business partner! Two hands are better that one. I see a man painting the local road signs with a tiny paint brush where thousands are waiting along the road in expectations to be brought back to life. Will it be complete in time for The Obama State Visit next week to celebrate India day. 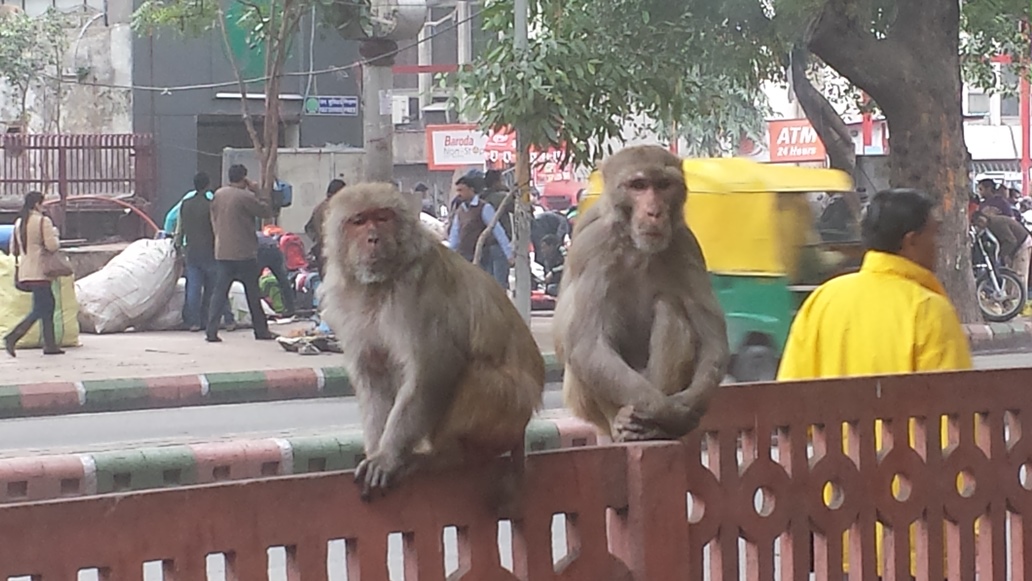 I ask myself are these people happy. I imagine my life here and cannot help thinking that  these people are in fact rich. Rich with things that money cannot buy because they certainly have none of that. These people are very proud of their nationality. Remember Indian economic Liberalisation is only 60 years old and with such a short time under their belts to get this county back on its feet what can you expect. The federal system of governance seems to be the only way forward and is working well in the USA. All they need is time. Some day they will be a superpower just like China as long as they can contol the corruption. Just watch this space and watch out Britain!

We arrive at our lunch destination and get another informative talk about what we are about to consume. Orio explains the multifaceted food culture and melting pot that is Indian cuisine and how south India cuisine is a much different taste and texture that the food we had being exposed to from the north. The food is less stodgy, fresher and more flavoursome. Like the entire country Indian food is very much linked to its religion. In fact they go hand in hand and South Indians are primarily vegetarian.

We samples many dishes and tried A Thali for the first time. It is basically a food format or vessel that can constitute an entire meal that represents many flavours and textures of the region. Not sure the boys were entirely satisfied without their quota of meat! 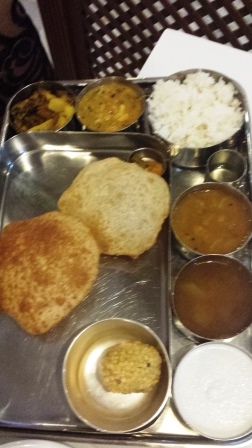 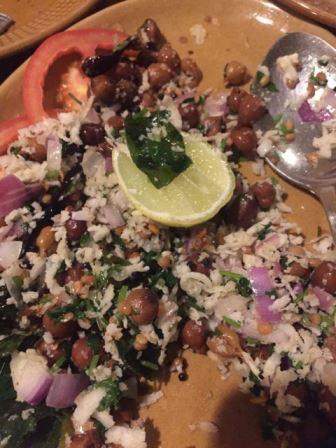 We moved on to see the Marble skills of the craftsmen who build the Taj as it is called locally. Tom from Bord Bia gave it a go and was a dab hand in fairness . 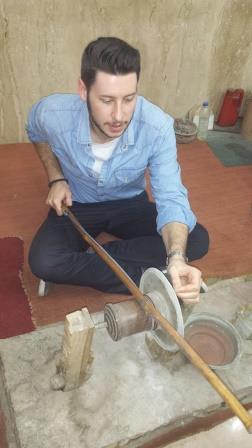 Having listened and watch the demonstration of how each piece was carved out painstakingly by hand I understand why it took so long.  However I was less that impressed with the fact that the people in the shop tried to part us with our money having ushered us into a room full of some incredible pieces They eventually decided we were not going to purchase in that room and miraculously opened a false door to reveal another room with a less prized pieces to purchase. Do they not understand that The Irish are a genuine people and we did not appreciate this blatant intimidation? Needless to say we did not purchase.

While we were there we did get to try the Tea from the Kullad . 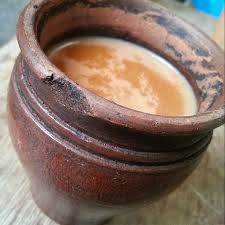 It is basically a handle-free terracotta cup who is an Eco-friendly terracotta utensil, one of the oldest inventions of ancient India. And is a loving artefact of ancient times. I noticed the tea mingles gently with the terracotta giving it a complexity of fragrance and taste, similarity like whiskey draws it its flavours from sherry caskets

We leave to Town after another day of intrigue. It was the little moments seeing a number of monkeys reputed to be carrying aids on the rooftop of the local temple that I remember.  Also remember the father and man of the house bringing his entire family by bike to the market with his wife, his 2 sons, his daughter and baby girls plus the family dog. Funny enough no one is hungry here least of all the many dogs you see wondering the streets and motorways day and night. Back in Delhi we go to the hipster part of town. We have no problem indulging in the luxuries the rich of Delhi have on offer. It seems this divide between rich and poor is very much accepted. They has a sense of fate based again in religion, you we either fated to be rich or fated to be poor and such is life.

And so our journey continues.