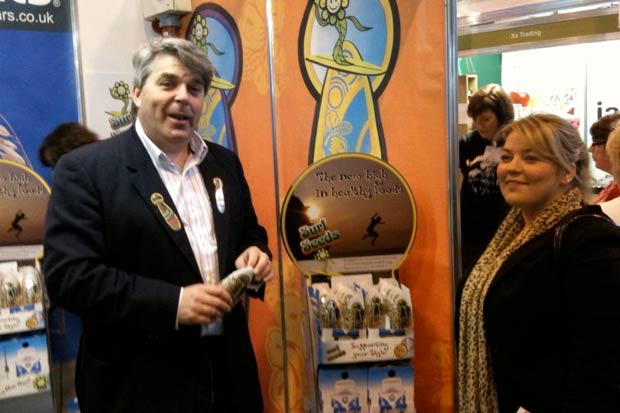 It’s Not All About Fish You Know!

A number of people in the fish and food marketing areas wondered why we would go to the expense and bother of the trip. We were even advised that we were wasting our time!

Richard Branson tells us to ‘Look, Listen and learn’ and if it works for the Virgin group it works for us at Goatsbridge trout. We went there to look, listen and learn. We wanted to get a different perspective on the wider European food industry. We had a plan. We had identified a number of people to talk to and some stands to view and some keynote speaker to listen to.

We listened to the industry speakers, spoke to the people we had targeted and others beside, visited the stands we wanted to and guess what – I have an Idea (of which more later!!)

On another matter – anyone know the identity of this person?