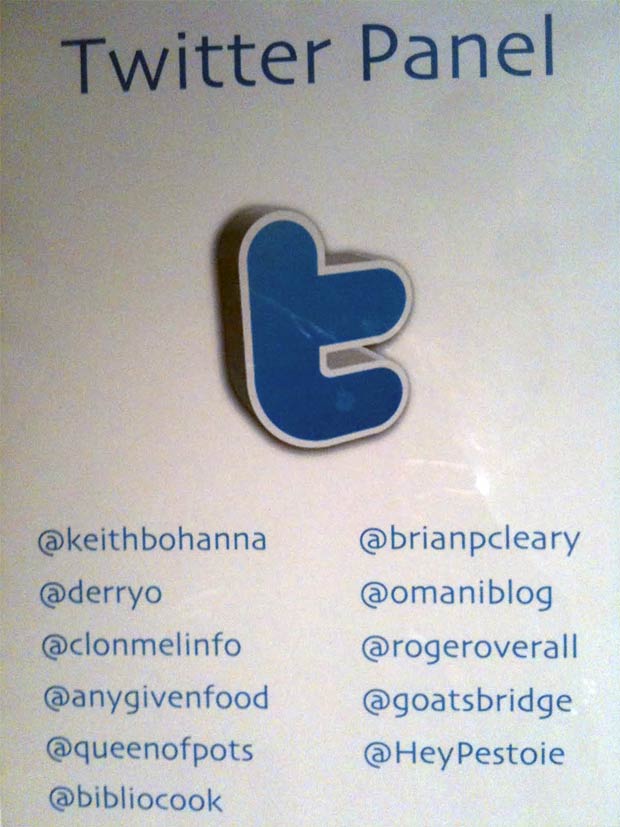 I spent an absolutely fantastic evening g at the Food Extravaganza in Clonmel last week. As you can see from the above panel I was in very good company indeed. The idea was very novel and I think it was a great way to communicate to the outside world the great work being done in Tipperary to promote the local artisan food movement. From my point of view I think it was a good opportunity to meet some of the food producers I have learned to admire over the last few years and I also think it is very important to share ideas and hopefully work closely with them in the future.

Hats off to all involved but make no mistake we in Kilkenny will be back next year for the all Ireland hurling final. They have started on their diet of trout already!!