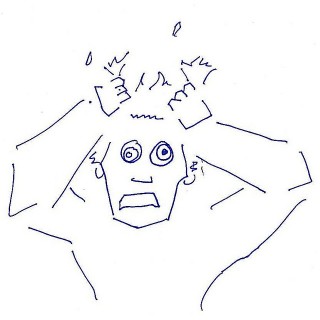 Frustration is about expecting the world and its inhabitants to be, act or react as you wish.

My frustration is very real. In fact I am sure I cannot be alone. I certainly felt that frustration today when I spoke to a department official yet again asking him to explain the latest delay in movement on our Aquaculture licence application. Frustration is an understatement as he spoke for 10 minutes giving away absolutely nothing and making me none the wiser.

The general public have absolutely no idea what is going on within the Aquaculture industry. I believe there are approximately 600 Aquaculture licences pending. We have been waiting for over two years for our existing Aquaculture licence to be issued and I can tell you the aquaculture licensing system does not square with the phrase “the best little country to do business in” as any sensible investor would be forgiven for turning their back on this bureaucratic nightmare. The story is the same the county over.

Fish and shellfish farmers are frustrated to the point of abandoning a sector with obvious potential that is being strangled by public service inertia. Unfortunately we are dealing with is a lack of decisive action and hands-on management of the licensing problem. Simon Coveney take note. I will not lay off.

We, like many other companies, cannot access funding to reinvest in our little fish farm here in Kilkenny and we have already postponed our new development on two occasions in the last two years. We cannot do this without a current licence in place.

In reality, I have learned that in Ireland things are as they are, so no amount of ranting and steaming is going to change that.

But I do feel a little better now and tomorrow is another day!